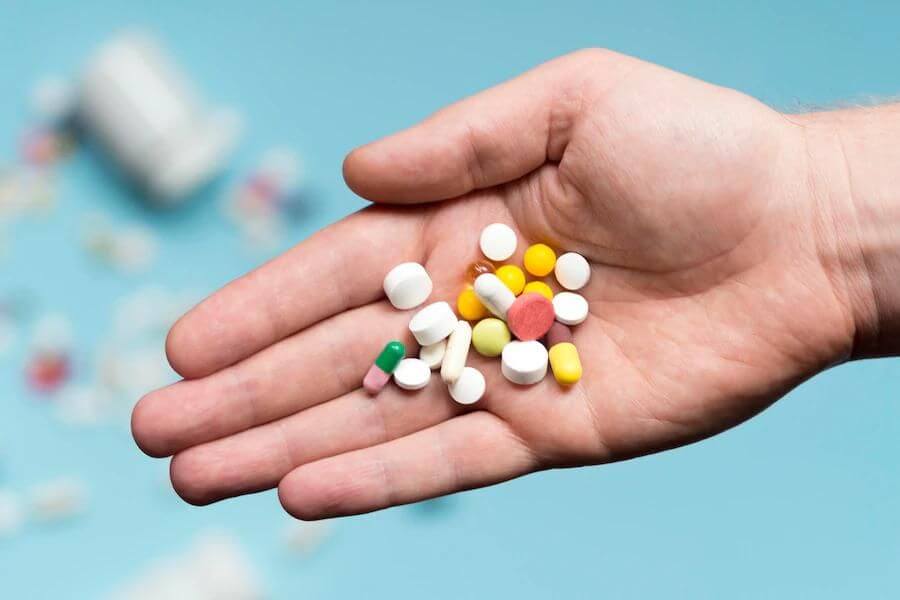 Although the party drug ecstasy is often seen as a relatively low-risk form of drug, the addictive substance can be very dangerous for the user. Use can lead to irregular sleep patterns, decreased alertness, increased blood pressure and heart rate, and even paranoia and depression. In some cases, the use of ecstasy can even lead to death.

MDMA is often confused with ecstasy. The active ingredient in ecstasy is the chemical MDMA (3,4-methylenedioxymethamphetamine) which has many similarities to amphetamine (speed). This synthetic, psychoactive drug was initially used mainly by young adults in nightlife or at “rave” parties. Nowadays, types of drugs like this are used by a wider audience.

In an ecstasy pill, in addition to MDMA and binders, there are sometimes other substances such as mCPP and PMMA. MDMA is thus a pure form of ecstasy. Those pills often give the impression that they are manufactured in high-tech laboratories. Unfortunately they are simply manufactured in old sheds by drug dealers and not by trained chemists.

How does it work?

MDMA causes increased activity of three important neurotransmitters in the brain: Serotonin, dopamine and nor-epinephrine. When the substance reaches the brain, the reward center is stimulated. The hyperactivity of serotonin in the brain affects mood and produces the hormones oxytocin and vasopressin; this makes one feel loving and social. Increased dopamine in the brain gives users a blissful feeling which can provide a false sense of comfort and security. The nor-epinephrine causes hyperactivity which is why this drug has become mainly popular in the party scene.

The short-term effects of the drug include a sense of warmth and security, euphoria, empathy, and increased physical energy. Increased sensory perception is also a potential consequence of taking MDMA. Users of the drug create a friendly, hyperactive impression and may be very alert/wake for hours after use.

When the drug wears off, dopamine levels in the brain drop rapidly, which can cause feelings of depression and irritability. Also known as the MDMA dip.

The long-term effects of ecstasy

The effects of longer or regular use of MDMA include: irregular sleep patterns, unusual bursts of euphoria, and decreased alertness to pain. Physical effects include: sweating, increased blood pressure and heart rate, feeling nauseous/weak, weight loss, and damage to the teeth (from teeth grinding). Long-term use of MDMA also impacts the body mentally. It can lead to paranoia, depression, confusion and aggression.

Do you recognize yourself in the above signs? Hacienda Paradiso offers drug addiction treatment. We are the world’s very first eco-rehab. Situated in Malaga, Spain, Hacienda Paradiso works with clients to end the cycle of addiction and behavioural problems in a completely eco-friendly atmosphere.

In contrast to the trend towards urbanization and consumerism, many people are seeking an opportunity to get closer to nature, and Hacienda Paradiso is part of this movement. A stay at Hacienda Paradiso addresses all the benefits; physical, mental, and spiritual, that the environment can offer to those that develop a deep integral connection with nature.