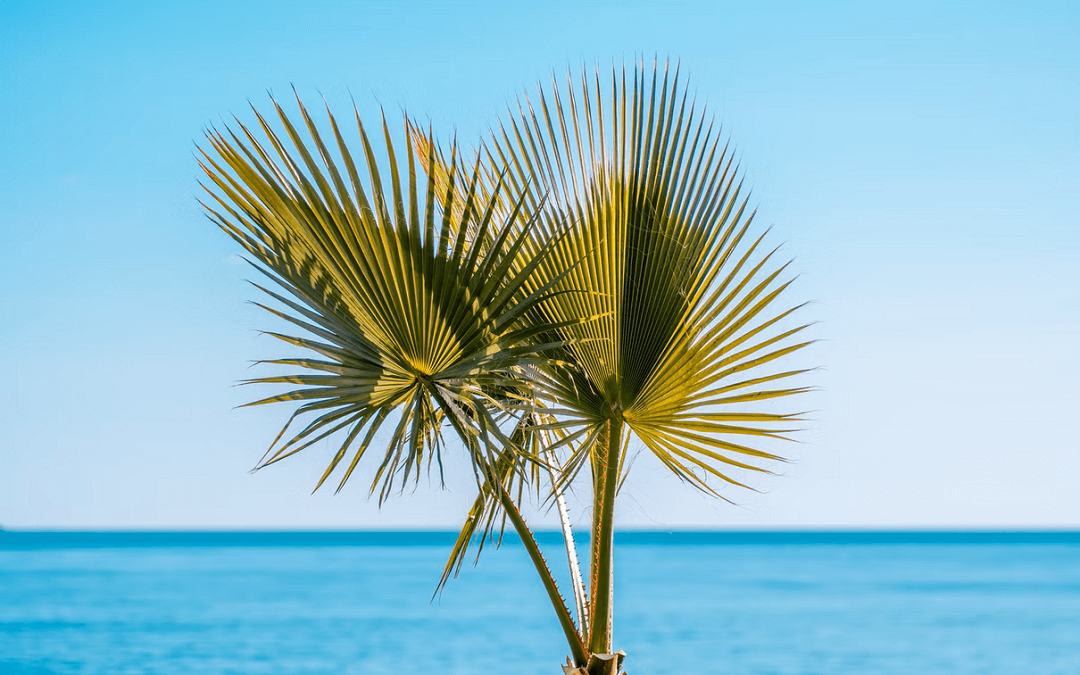 Sufficient daylight is important for good health, this is becoming increasingly clear. Especially as you get older. This insight is leading to new treatments, depression light therapy.

Everyone knows that we need sufficient light to see well. But light also influences our sleep-wake rhythm, our concentration, stress sensitivity, appetite and the secretion of all kinds of hormones – depression light. All these processes have a rhythm of about 24 hours and should run in step with the alternation of day and night. This is regulated by our biological clock. This clock in the brain has an enormous influence on our lives: when we feel energetic and fit, how alert or how sleepy we are. And daylight is the engine of the biological clock.

Specialized nerve cells in the eyes transmit the light to the brain, which thus knows exactly when to take action. When it gets light in the morning, the clock receives a signal and the body produces extra cortisol. This ‘stress hormone’ makes us alert and active. When it gets dusk in the evening, the clock gets a chance to promote the production of the ‘sleep hormone melatonin.

Scientists believe that the biological clock plays a major role in the development of winter depression. It seems that the biological clock in winter depression patients is a bit behind. Because the clock takes longer than the average of 24 hours and eleven minutes to complete its circuit, all kinds of body processes are disrupted, or so it is thought. As a result, many people feel their energy slowly seeping away during the winter. Of all the people, 8 percent also get gloomy feelings with it. And 3 percent suffer from serious depression light, with fatigue, lethargy and persistent gloom.

How to recognize it

The main characteristics in a row:

How does winter depression occur?

The causes of winter depression are not yet fully known. However, researchers have determined that the amount of daylight affects melatonin levels. Melatonin is a hormone that is produced in the evening. It causes you to become sleepy. Melatonin contributes to a healthy day and night rhythm. In the winter, when there is little daylight, the concentration of melatonin in some people can also be high during the day. This also makes you feel very tired during the day.

Another important link is found between the number of sunlight hours and gloominess. As the number of sun hours decreases, negative feelings increase. This would apply to everyone, by the way.

Remarkably, these symptoms disappear in spring, when the days get longer and the sunlight is more powerful. “We don’t know exactly how it works, but the fact is that people with winter depression recover surprisingly well from depression light therapy,” says psychologist Ybe Meesters of the University Medical Center Groningen’s winter depression outpatient clinic. After looking into a therapy lamp for three-quarters of an hour for five days, Meesters says 70 to 80 percent of patients have lost their symptoms. Until next winter, that is.

A promising new discovery is that elderly people suffering from “ordinary” depression can also benefit from depression light therapy. Psychiatrist and researcher Ritsaert Lieverse of the Amsterdam VU Hospital put sixty-year-olds with depressive symptoms in front of a light box for an hour every morning. Half of them received a lamp with pale blue light. This is known to stimulate the biological clock. The others received as a placebo a lamp with weak dark red light, which does nothing for the biological clock. About 60 per cent of the people with the blue light felt less gloomy and lifeless after a few weeks. This remained true after the treatment stopped. Of the participants with a fake lamp, only a third improved.

This is good news, especially because depression in people over 60 is often difficult to treat. But why does light work so well specifically in seniors who are depressed? “We think the biological clock starts working less well as you get older,” says Professor Eus van Someren of the Netherlands Institute of Neuroscience. He has been researching how the biological clock works for years. “This can disrupt the production of the stress hormone cortisol.” The production of cortisol should spike in the morning, causing you to wake up and get to work. After that, it’s supposed to decrease quickly. That doesn’t happen enough in depression. Van Someren: “If you provide extra light, cortisol levels improve and depressive symptoms decrease more quickly.”

What can you do about winter depression?

According to Van Someren, falling asleep and continuing to sleep problems that many elderly people suffer from may also be related to a dysregulation of the biological clock. Together with other researchers, he developed a sleep treatment in which light therapy also plays a role. Chronically insomniacs received not only behavioural therapy, but also extra light, extra exercise and warm baths. All at very specific times of the day, to give the biological clock a helping hand. Van Someren: “We still have to do a lot more research, but the first results of the combined approach are good. The participants started sleeping better at night.”

Van Someren also discovered that light can have a beneficial effect on people with dementia. Sufficient daylight and a brightly lit living room reduced the depressive symptoms of demented elderly people by almost 20 per cent. That was the startling conclusion of a three-and-a-half-year study that attracted worldwide attention. If dementia is more advanced, light has other benefits as well. Many people go wandering at night, but with enough light combined with melatonin supplementation, they sleep better at night. Also, in a brightly lit environment, they remain longer able to do things independently, such as making a sandwich. Their memory and orientation also remain slightly better on average.

Here, too, the biological clock seems to play a crucial role. In Alzheimer’s disease, the 24-hour rhythm does not shift but gradually disappears. Van Someren: “Extra light helps to keep the rhythm somewhat in line.” Expensive daylight installations are not even necessary. “Arrange the living room so that someone with dementia sits close to the window. On top of that, you can then add a little extra light, with a lamp containing enough blue light to mimic daylight.”

Try to go outside every day, he recommends. A well-lit living room is also important. Seniors often use light sparingly. Twilight lamps are very cosy, but they don’t provide enough light for the biological clock to function properly.” Therefore, use lamps that illuminate the entire area, he advises, such as lamps that direct the light upward. And provide extra light where you read. “Otherwise, you’re selling yourself short.”

Daylight not only ensures a properly functioning biological clock, it also sets the vitamin D engine in the body in motion. Under the influence of ultraviolet radiation in daylight, the skin produces vitamin D3. This vitamin ensures that calcium and phosphorus, which are necessary for strong bones and teeth, are properly absorbed from food. But that’s not all. Vitamin D is also good for resistance and for muscle function. And recent research shows that people who get out in the sun regularly are less likely to develop asthma, multiple sclerosis and diabetes. Sufficient vitamin D from sunlight even appears to protect against certain forms of cancer.

Vitamin D can only be produced when the sun is strong enough. In the Netherlands, this is the case from late March to early October. Fortunately, the body is able to store ‘excess’ sunlight in the body during late spring and summer. For the elderly, this works less well. Their skin does not produce vitamin D as easily. Seven out of ten people over 65, therefore, have a vitamin D deficiency. Whether light therapy helps to keep their bones strong has not yet been sufficiently researched. The Health Council advises all people over 50 to take a daily vitamin D supplement.

A rather new phenomenon is climate anxiety, often referred to as climate depression. Young people are increasingly concerned about climate change. And these concerns are taking on increasingly serious forms. Experts warn of developing climate anxiety with a great effect on mental health.

It might not come as a surprise that climate psychology is on the rise. For some time now there have been environmental or climate psychologists – formally it is not a specialism – who deal with behavioural change: how do you persuade consumers to behave in a more environmentally friendly way? There are also climate psychologists who study what the great and real concerns about the environment do to people. Newer is the group that focuses on treating patients who struggle with climate stress. On the site of therapy provider Disofa, Sara Helmink, who works as a psychologist, gives a number of practical tips. Dose information’, for example, and ‘accept your feelings with compassion. If that doesn’t work and you still get stuck in a spiral of difficult feelings, then ‘it can be helpful to talk to a psychologist.

This may be increasingly necessary: ‘The psychological impact of climate change is felt on many levels,’ writes the Journal of Psychiatry in late 2020. ‘Anxiety is a possible response, alongside depression, anger and sadness.’ That response is not yet an officially recognized disorder, but that may be a matter of time: ‘Further research will have to show whether clinically relevant climate-related anxiety should be included in the DSM as a separate syndrome.’

The American scientific journal Journal of Anxiety devoted an entire theme issue last year to eco-anxiety, or climate stress and depression. It was planned before corona, says the foreword, but there are many parallels: also a global threat that causes an increase in mental problems. And just as with climatic disasters – devastating hurricanes, flooding rivers – people are faced with trauma: from overcrowded hospitals to being chained to their homes because schools and businesses are closed.

People in less real danger may also struggle with depressive feelings or even post-traumatic stress disorder as a result of climate change. How many there are is still unclear, reports the Journal of Anxiety, there are hardly any figures yet, but the trend is unmistakable. Vulnerable groups: young people, people – logically – who are very concerned about the environment and people who already suffer from mental health problems, such as anxiety or panic disorder.

Thank you for reading our article about depression light.