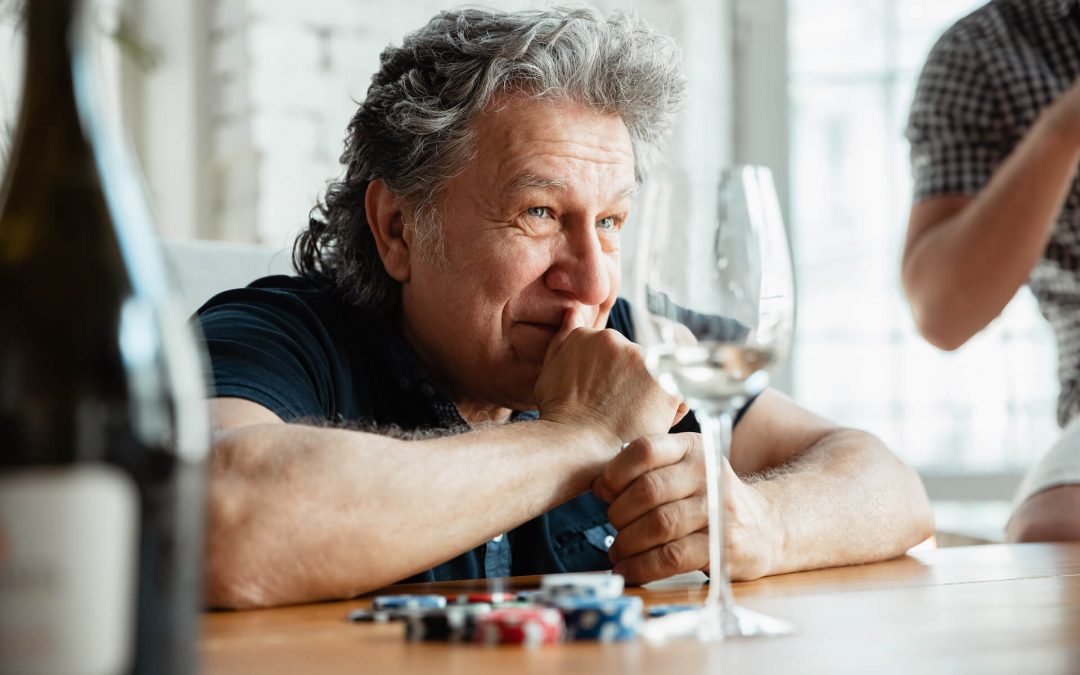 People with a dual problem, also called dual diagnosis, have both an addiction problem and a mental illness. These are intertwined and reinforce each other.

The care for clients with a diagnosis of dual problems is extra complex. In addition to mental illness, clients often also suffer from physical disorders, social problems, family problems, financial problems, unemployment, a history of detention or they are homeless. Healthcare providers are usually not equipped to deal with this double diagnosis and the corresponding diagnostic and treatment needs of this group of patients. Drug use and the associated deviant behaviour often dominate the clinical picture and hide the psychiatric symptoms. In addition, the abuse of alcohol and/or drugs can cause certain symptoms that can hardly be distinguished from psychiatric disorders. Finally, withdrawal symptoms often resemble psychiatric disorders.

Dual Diagnosis is a common condition

Care providers therefore often overlook the complexity of the (double) problems or are unable to respond adequately. This creates a ‘revolving door’ situation. People in urgent need of treatment are referred from one agency to another, while in the meantime their situation deteriorates.

What is dual diagnosis exactly?

As we explained earlier, this term refers to a person who suffers from both an addiction and a mental disorder. It is important to note that the addiction can be to legal or illegal substances.

For example, a person with a dual diagnosis may be addicted to alcohol or tobacco. They are legal and socially acceptable substances, but they have many harmful effects on those who consume them.

It may also involve drugs such as amphetamines, cocaine, barbiturates and so on. The addiction may even relate to certain behaviour, such as sex.

In addition, dual diagnosis can also result from a wide range of psychological disorders. A person with this illness may suffer from schizophrenia, depression or hyperactivity disorder, among others.

What are the symptoms?

Bearing in mind that any mental change is associated with addiction to a substance or behaviour, the symptoms are highly variable. The signs and symptoms of a dual diagnosis will depend on the type of mental disorder and the type of addiction the individual is suffering from.

However, the majority suffer from a worsening the symptoms of the mental disorder caused by the substance abuse. The conditions we can most commonly associate with this addictive behaviour are:

By working on your recovery on both fronts simultaneously, we increase the chances of success. Recovery is a personal process, in which you try to get back to life despite the effects of your condition. Recovering is not always the same as curing – it can also mean being less affected by your condition. That is why we focus not only on therapy or medication but also on regaining meaning and pleasure in your life. Your wishes and possibilities are central; we will work for you with our heads, heart and hands.

Dual diagnosis is something that is becoming increasingly common nowadays. It is a dual diagnosis, meaning that a person has both a psychiatric disorder and an addiction and has been diagnosed as such. An example is depression combined with alcohol addiction. All sorts of combinations between drugs and psychiatric disorders are possible, and these are seen in addiction clinics as well as in psychiatry. Treatment is often given separately. This means that the disorder is often treated separately from the addiction. Because the two are linked, however, it is necessary to treat them both simultaneously.

Once a diagnosis has been made, we will draw up a treatment plan with you. In this plan, we will set out what you and we are going to do to improve your situation. We strongly believe in cooperation, which is why we also like to involve your family or loved ones in your treatment – in a way that suits you, of course.

The treatment of a dual diagnosis is complicated: you are dealing with two problems that have a negative influence on each other. But it is by tackling them together that recovery becomes possible. We help you to organise your life differently, build a network of strong relationships and encourage you to take control of your life.

Admission to the clinic in Malaga Spain

We admit you to our clinic, which is located on a private and serene hillside in Malaga, on the Spanish Costa del Sol. In the clinic, you have your own room and there is 24-hour supervision. You take part in an extended day programme with group activities and individual treatment.